Be wowed by a spectacular double feature that sees your favorite songs taken to new and interesting heights with Straight No Chaser & Scott Bradlee's Postmodern Jukebox! These two unbelievable musical collectives will be heading to White Oak Amphitheater on Saturday 29th July 2017 for a night of glamour, pizzazz, and incredible feats of musicianship! It's gonna be wild! 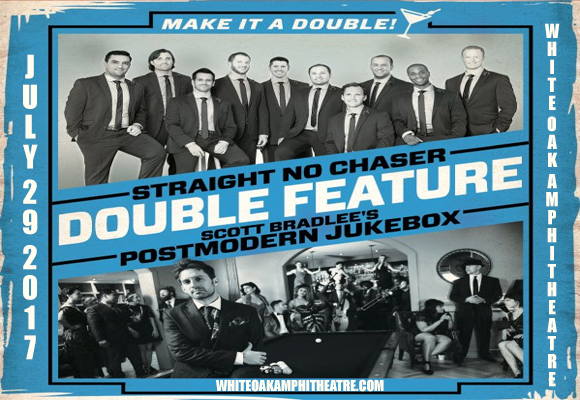 Re-imagining contemporary pop hits in a vintage style, Scott Bradlee's Postmodern Jukebox came to prominence as a viral YouTube sensation with its 2012 cover of Macklemore & Ryan Lewis', "Thrift Shop" with Robyn Adele Anderson, hitting over 1 million views in its first week, and 4 million in its first year. Now a large collective of incredibly talented performers, Postmodern Jukebox creates vivid and exciting live shows with spellbinding performances. The group has released thirteen studio albums and one compilation to date, and its next release is slated for 2017.